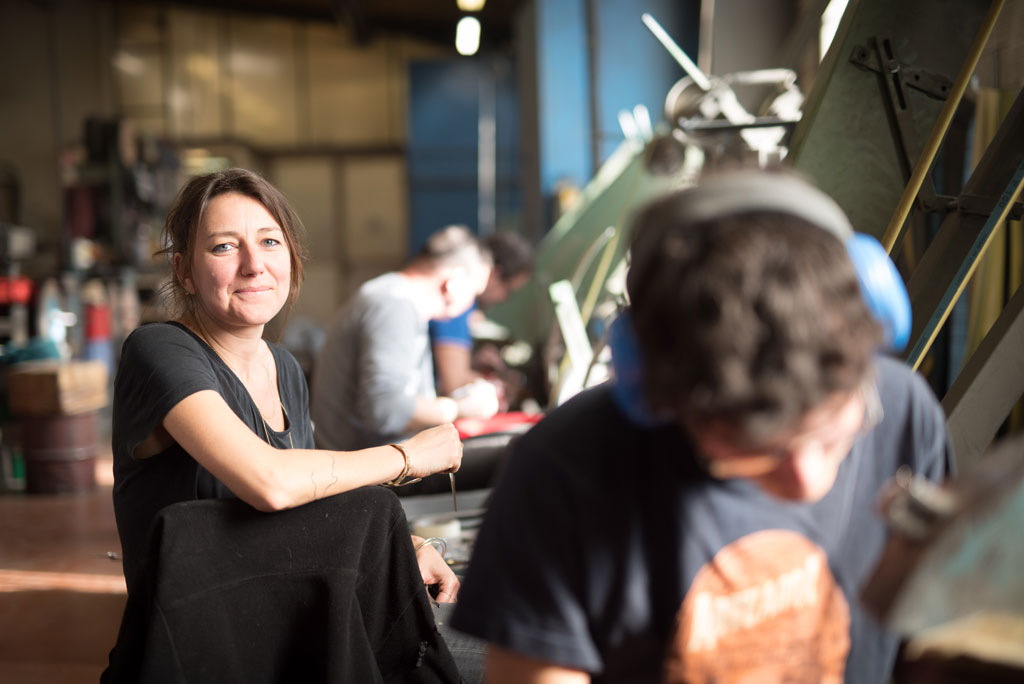 This project is part of the program “Residences en entreprise” set up by the Ministry of Culture in 2014 and led by the DRAC (Regional Directorates of cultural affairs). Today, 15 residences are spreading throughout France, including 3 in the Auvergne-Rhône-Alpes region, whose vocation is to bring together cultural structures, artists and companies.
In Thiers in Puy-de-Dôme, it was under the impetus of Michel Prosic, former sub-prefect of Thiers and current Regional Director of the DRAC, that this project was initiated between Charlotte Charbonnel, the cutlery Claude Dozorme and Le Creux de l’enfer, contemporary art center.

It is in the heart of the Vallée des Usines, along the Durolle, that is the center of contemporary art, Le Creux de l’enfer led since 8 March by Sophie Auger-Grappin. She was immediately interested in the artist residency project which meets the many objectives she has set for herself: to enhance the socio-economic fabric of the area, to combine contemporary art and craftsmanship, technical skills and scientific knowledge, and finally, have the site recognized at a national level. 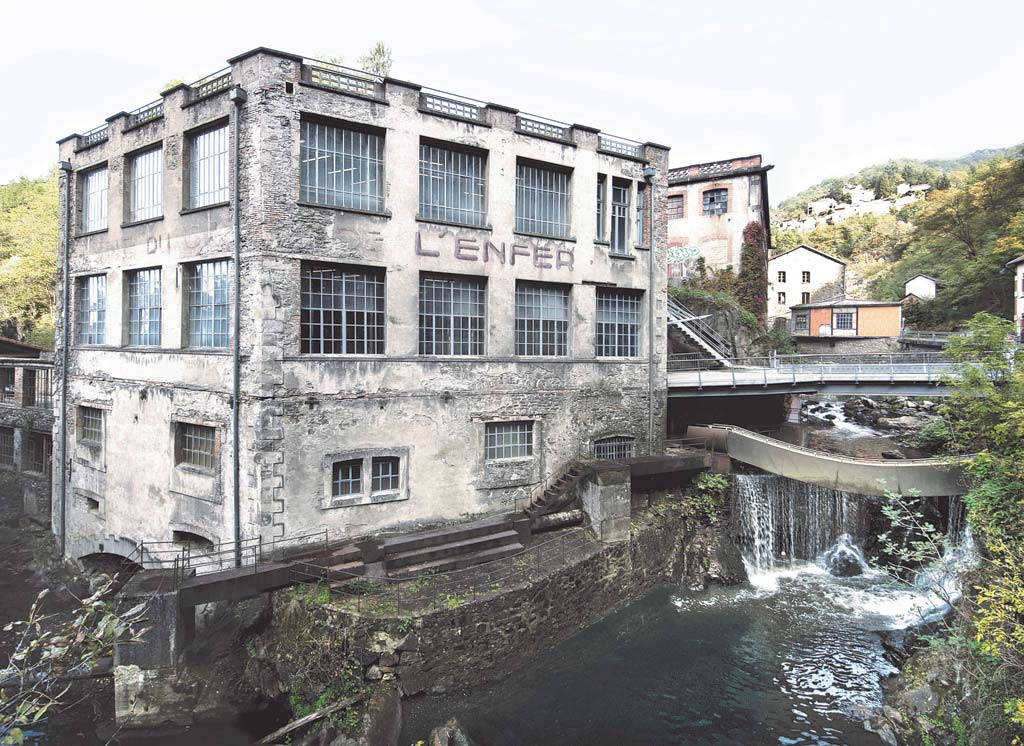 The meeting with Claudine Dozorme immediately reinforced her choice of residence within the cutlery “Claudine immediately expressed her interest in welcoming Charlotte Charbonnel while leaving her free from her movements and her actions. We must indeed be able to trust the artist, that he can develop his own work without being instrumentalized. For the artist, it was necessary to find someone open, curious and able to work in collaboration because for a residence to work, it is necessary that the 2 parts are in the dialogue, that they communicate. With Charlotte Charbonnel, protean artist very cultivated and very curious, the project was announced under the best auspices”.

Cutlery, a new field of experimentation for Charlotte Charbonnel 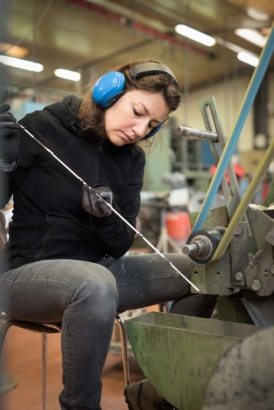 For this first residence in business, Charlotte Charbonnel leaves her comfort zone. Accustomed to creating a work from an idea, she makes the opposite way to her creative process.

It starts from the cutler know-how specific to Dozorme manufacture and confronts machines and men to build its project. “Every time I visit, every worker takes time to explain the different materials and manufacturing steps. There is a real exchange, it’s very motivating. Alongside Jérôme Ollier, one of the workshop workers, I was able to experiment with stamping technics. He showed me the gestures and guided me on my first manipulations. He lives knife, breathes knife, it’s an integral part of his DNA. He does not even realize the gold he has in his hands.”

A cohabitation that makes sense 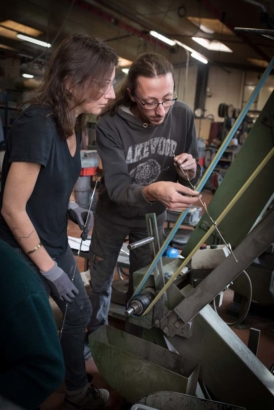 Cutlery employees are therefore privileged witnesses of a creative process that takes a fresh look at their own activity and must contribute to changing their perception of the art world.

A wonderful opportunity for Dozorme cutlery, as Claudine Dozorme points out, “our factory must be disconnected from its economic contingencies. It must refocus on the human aspect. To be there to promote beautiful encounters, promote a know-how and federate employees around an ambitious artistic project “.
A beautiful way to bring contemporary art into the often very compartmentalized world of business.

Who is Charlotte Charbonnel?

At just 39, Charlotte Charbonnel is an unclassifiable artist. At the same time visual artist, painter, sculptor but also designer, scenographer, soundman, researcher or even alchemist, this graduate of the Beaux-Arts of Tours and the Decorative Arts of Paris, does not stop wanting to weave invisible links that unite the elementary matters. Her work derives from empirical research with multiple inputs: listening and capturing materials or natural phenomena, exploring the different states of matter, meticulous observation of elusive substances … She thus finds in undecided fluids, capricious waves, clouds, fumes, or other hazy forms, an unlimited field of experimentation. For this urban artist who lives and works in Paris, Nature invariably remains her greatest source of inspiration. She draws her energy and creativity without limit in the service of her works. 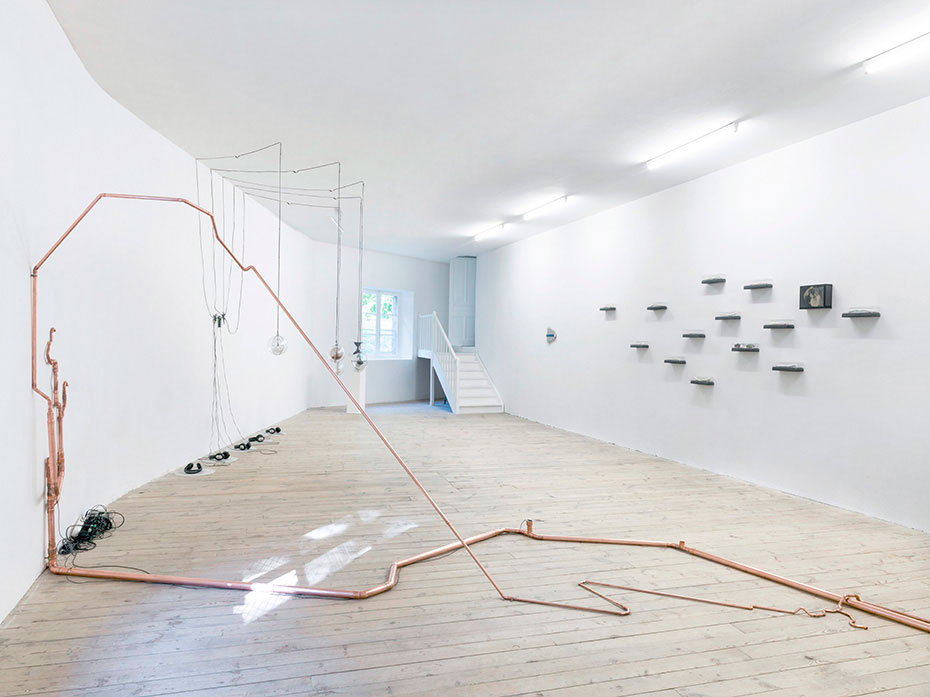 Previous Article
Le Thiers® and le Laguiole in a video signed HMWK
Next Article
Restitution of the first works of Charlotte Charbonnel, in residence at Claude Dozorme
We use cookies to ensure that we give you the best experience on our website. If you continue to use this site we will assume that you are happy with it.OK